For me Fieldrunners for iPad (iOS) is the best Tower Defense Game ever ony an iPad. Ok there is another very good TD game "Spice Bandits" but that game disappeared last year from the App Store. So after hours of play with my friend we want more maps or at least few changes on the existing Mudslide map. Maybe more health or cheaper build costs would be great. So I searched the web for cheats or something else. I found some hints how to change files inside the game folder to add more health or change the costs.

Actually Fieldrunners 1 only runs with iOS up to 12.4.9. Comments say that newer iOS Version wouldn't work!!

Then I jailbreaked my old iPad Air 1 (12.4.9), installed Cydia and the File Manager Filza. I found the game content inside this folder:

For easier handling you can create favorites on the left side inside Filza. I create a link to the Fieldrunners.app folder and another link to my network NAS folder. So I can easily change (copy+overwrite) the maps. You must do that because the map name is always "rainforest_mp_extended.map". Because I cannot add more maps to the game. I only change the content of the map file, so the game will load other map image (background image that you see inside the game). In my case I created two folders "grasslands_coop" and "rainforest_edited_coop" on my NAS and put the files inside the folders. If I want to play Mudslide Extended I copy the files from "rainforest_edited_coop" to the game folder and overwrite it. You can also put the folders inside the game folder or something else to easily/fast exchange the map files.

To change the starting health or the money open the multiplayer coop map file "rainforest_mp_extended.map" with the buildin Editor (use Filza an Cydia app) and look at the 2. line. Change startingHealth="20"  and/or startingResources="15" to whatever. Save the file, restart the game and lets go! If you want to change the health for another original map, look for the map file and edit. The map name showing inside game is not always the same inside the map folder.

The map is a simply xml file with filename .map. If you open it on your Computer with e.g. Notepad++ you can better edit the map properties because Notepad format the xml code. On the following images you will see what I mean. The file starts with general map description and properties:

The next line <Layer> includes the background map image and all other overlay images (palms, trees). Here I commented (removed) the whole overlay trees palms at the spawn points for my edited map mudslide extended (see pic).

Following lines describes the enemy spawn and destination points. Enemy spawns at "SpawnTiles" and moves to destination"GoalTiles". Each path has a name, in this case "WestToEast". Later in the enemy waves entries this name appears again. WestToEast means = Spawn enemy at Player 1 side and moves to Player 2 side. Inside the map file you will find few more paths (EastToWest##, AirToWest##, ...).

Following by the enemie waves. Each wave is described here (remember the WestToEast pathname):

At the bottom of the map file you will find the available towers. Sadly I couldn't figured it out how to add more towers. 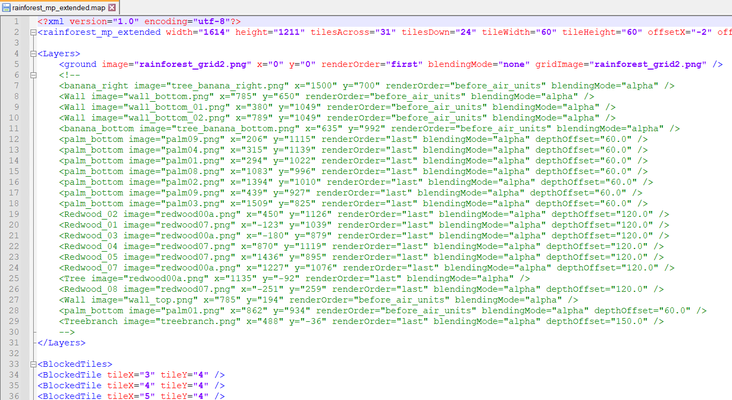 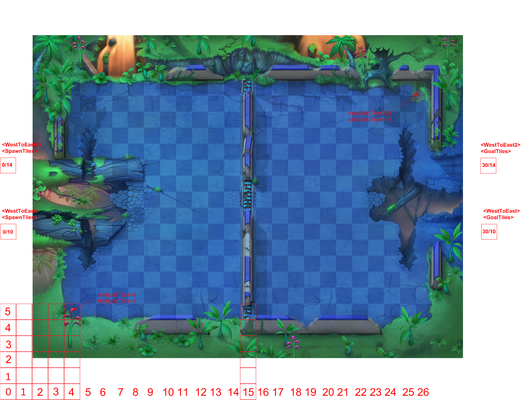 I edited the map "Mudslide" (Internal name = Rainforest) for Coop. Now each player have more space at the spawn points of the enemies for towers. No holes or trees anymore! The wall in the middle is also edited. I removed the passage at the top and the bottom. Now the enemy must go through the middle passage. You can see the original map image on the left picture (1. pic). My edited one is the second picture. I also created new mini preview image for the map selection screen (3rd pic). 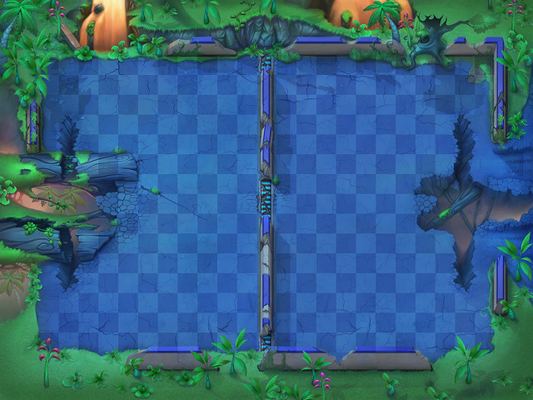 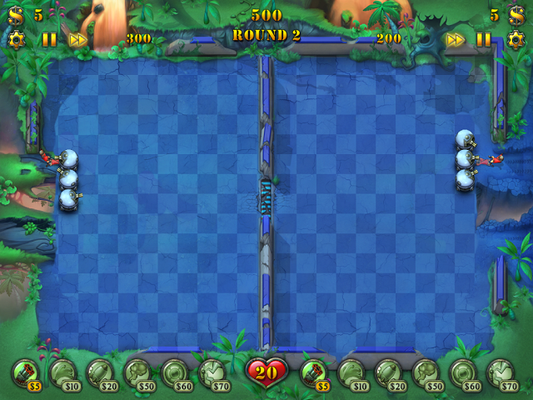 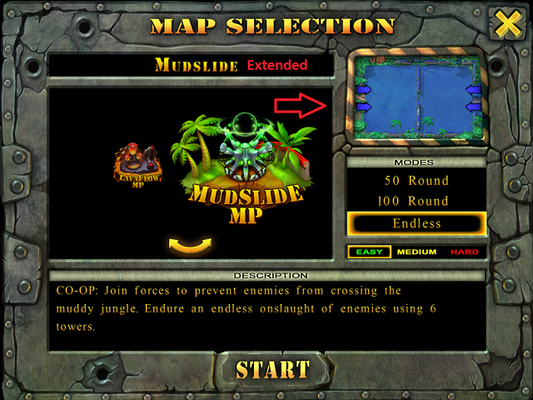 I took the Singleplayer (SP) Grassland map and edited it to play it inside the multiplayer! The map is divided into to parts. The middle is marked as line! Because I cannot change the Mudslide MP logo or the name in the Map Selection you always will see Mudslide (Rainforest). I think the map count and the names are hardcoded. I can only change the map preview image. Maybe anyone could figure it out? 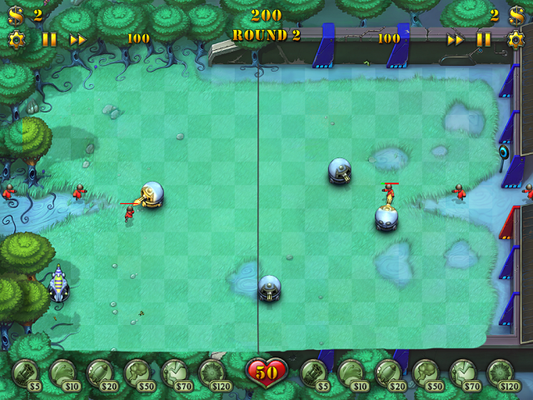 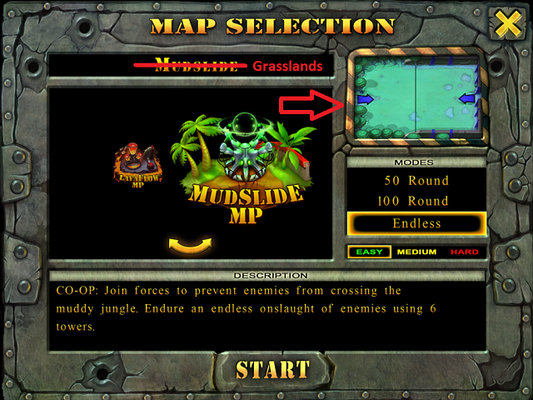 Because of the game copyrights I cannot put the edited map images or the map files on my page. If you want to play my maps contact me via "Kontakt" at the top menu bar or try yourself editing the map.